Six months and a day ago, I attended Grays Police Station, Essex, for an interview with the police. I trudged through the snow and slush of estuarial Essex after a long rail journey involving several changes of train. A police fortress set in a snowbound urbanized wasteland. Crossing the rail line in the snow reminded me of visits to socialist Poland in the 1980s. Not pleasant. 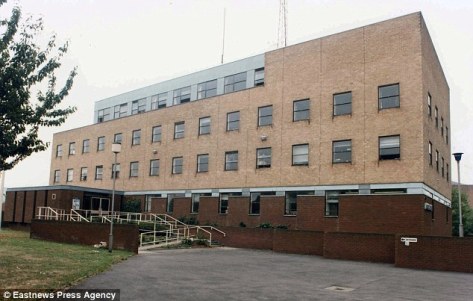 A week or so before my supposedly voluntary but in fact involuntary trip to Essex, I had been surprised to receive a telephone call from a detective-sergeant of the Essex Police, who informed me that the “Campaign Against Anti-Semitism” [CAA] had made formal complaint against me.

Now the CAA, as some readers will know, is a small but well-funded Jewish Zionist organization, sufficiently in funds to be able to employ a number of full-time staff. It was founded around the time of Israel’s 2014 Gaza slaughter, in order to defend the interests of Israel and of Jews generally. Some of its members also belong to “UK Lawyers for Israel”, a similar group and the one which complained against me to the Bar Standards Board in 2014, as a result of which I was disbarred in late 2016 (though I had not practised for 9 years!). The signatory on that complaint had been one Jonathan Goldberg QC, a Jew who was once the preferred Counsel of the notorious Kray gangsters. Goldberg also appeared pro bono (without fee) for the CAA in its private prosecution against the satirical musician, Alison Chabloz (which prosecution was later taken over by the Crown Prosecution Service [CPS] and the original charges dropped, though new ones were substituted and the matter adjourned until, at the earliest, late December 2017).

The head of the CAA, one Gideon Falter, had, prior to founding the CAA, made a complaint against a Foreign Office man, Rowan Laxton, who was accused of having shouted out (while on a gym treadmill, watching a TV report of yet another Israeli atrocity), “Fucking Jews! Fucking Jews!” (yes, that is enough to get you arrested in contemporary London…). Laxton’s case ended not with his first-instance conviction before a (dozy? biased?) magistrate, but with his acquittal on an appeal by way of rehearing in the Crown Court.

The “Director of Investigations and Enforcement” (sinister title…) at the CAA is one Stephen Silverman, who lives in Essex and who was exposed in open court (possibly inadvertent admission by the CAA’s own advocate) in December 2016 as having been the Internet troll @bedlamjones on Twitter and a user (abuser?) called “Robbersdog” on another discussion site, Disqus. This person abused anyone thought to be anti-Zionist, particularly women. His posts were notorious for their gloating sadism. He particularly enjoyed looking forward to people being arrested, questioned, charged, tried, imprisoned for “anti-Semitic” comments. He was in fact part of a whole group of Jew-Zionists on Twitter and elsewhere, all following the same line of attack (Twitter has now removed several for similar abuse). Despite that, Silverman remains in post at the CAA, an organization apparently supported now by a number of politicians, all under the thumb of the Israel lobby.

Back now to my visit to the area some call “the arsehole of England” (it must be true: it is represented in Parliament by freeloading chancer and former receptionist Jackie Doyle-Price!). It had been arranged with the detective in charge that I would appear at Grays Police Station on 12 January at a specified time. I arranged to have a solicitor who, in the event, failed to turn up. Given the “choice” of returning within a few days or a week at most (and the expense and inconvenience therefore being doubled) or interviewing without legal advice (I last practised at the Bar in 2007-2008 and, apart from corporate “crime” on behalf of companies such as South West Water and Balfour Beatty, had not engaged in criminal law since about 1994), I decided that I had no choice but to continue to interview.

The several detectives who dealt with me were polite, even reasonably friendly; certainly professional in their approach. I was never arrested during the whole proceeding and was told that I could leave at any time. I was then cautioned and interviewed for three hours about some 60 pages of tweets, hundreds in all. Slowly, each tweet was put to me. Many were stories from newspapers, cartoons etc. I mostly no-commented, but did make some pertinent points and the odd joke.

What struck me first was the sheer injustice of all of this. The Jews complaining about me had done so at no cost to themselves and yet had wasted the time and money of both me and the police. The police should have told them, at the least, to go whistle, instead of taking the complaint seriously. I was in fact told by the police that they were dealing with another half-dozen CAA complaints of similar nature. So much for “the police are starved of resources”!

The next point that struck me, as we trawled through many tweets alleged (but not proven) to have been tweeted by me, was how brainwashed the police were in respect of the “holocaust” mythus. They referred to one cartoon (“Alice in Holohoax Land”) and asked how anyone could make a joke of people (Jews) made into soap and lampshades! They obviously had no idea at all that those WW2 “black propaganda” stories had not only been totally debunked but also accepted by the Zionists themselves as untrue! They also, needless to say, had no idea that those “holohoax” tales were in fact of WW1 origin, recycled (so to speak) for WW2 use. I did not bother to argue with them. Perhaps they will read this blog post.

Another funny moment was when the detective in charge objected to tweets poking fun at “Saint” Bob Geldof. It turned out that he took Geldof’s charitable image at face value. I thought that detectives were trained to recognize the dodgy. Apparently not.

I was able to read into the record of interview (taped) a letter I had sent prior to interview, detailing the abuse of the criminal justice system being engaged in by the CAA and by Silverman in particular, as exposed during the Chabloz case and otherwise. I asked that this letter be sent to the CPS, were the complaint against me to go further.

Anyway, after a dehydrating 3 hours (I was given one cup of water) in a hot little room, I was taken outside to the custody desk and booked out. I had never been under arrest and was not given police bail, but just released without anything more. The detective murmured something about “postal disposal” to the custody officer (I never was sent any letter of closure, though) and I was released back into the cold streets of Grays, now being blanketed by more snow.

I do not (much) blame the police involved. They were obviously under pressure from higher ranking police (probably either Zionists or, more likely, freemasons). Political pressure from higher-up, too, in a situation where the governing party under Theresa May and Amber Rudd is really just “ZOG” [Zionist Occupation Government].

Needless to add, I was never prosecuted.

So that is my account of an experience provided for me by the abusive CAA organization. It is time for the CPS to rein back the apparent latitude given to Jewish-Zionist organizations making malicious and politically-motivated complaints against private citizens (I do not belong to any political party or group).

As to my final word, I should say only that “what goes around comes around”…

Since the above was written, the CAA has been (I think is still being) investigated by the police and the Charity Commission. It has suffered significant legal defeats, and Stephen Silverman, the sinister troll-stalker of women, is himself now under further police investigation.[see below]

“They” are still mentioning me online, really getting “full value”…

Proposals for a new society…